I'm getting back up to speed with blogging after a crazy little while with too many other things going on to leave any spare time, and it's good to be able to join back in with some blog challenges.

This time, it's Tea Time Treats, which was dreamt up and is alternately hosted by What Kate Baked and Lavender and Lovage. This month Lavender and Lovage is hosting and the theme is Flapjacks, Oats and Traybakes, which is a fantastically versatile theme. 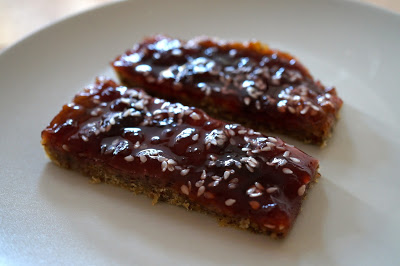 I decided that I wanted to make a healthy(ish) traybake that I was happy to give Mini-M as a snack, and based it on a recipe I have previously blogged for Seedy Slice.

This time I managed to pack in 5 different seeds - and some oats into the bargain. 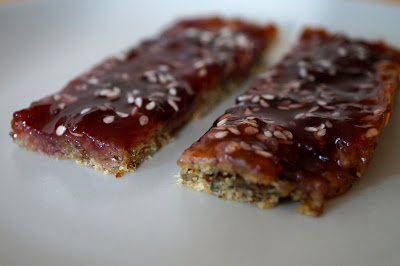 Seedy Slice (cuts into 12-16 pieces)
Turn the oven on to 180C (160C fan) to preheat.
Grease a swiss roll / brownie tin.
Put the ground flax seeds and 3 tbsp almond milk in a mixing bowl, mix and leave for 10 mins to thicken.
Meanwhile blitz up the sunflower and pumpkin seeds with a hand blender (cover the bowl / jug with a towel to stop bits of seed pinging everywhere).
Add the sunflower and pumpkin seeds to the flax seed along with the chia seeds.
Add the margarine and beat until combined.
Add the maple syrup, oats, flour, almond milk and zest and beat until well combined.
Dollop the mixture into the prepared tin and push out to the corners.
Spread the jam over the top, then sprinkle with the sesame seeds.
Bake for around 30 mins until the base looks browned around the edges, and the jam is bubbling.
Remove from the oven and cool in the tin before cutting.

If you wanted to make this even healthier, you could use a jar of pure fruit spread, with no added sugar and only natural fruit sugars - but I just used some regular plum jam and it was jammily delicious! 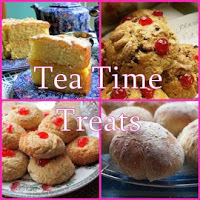