Today was the mummy school Christmas party - a mere three months later than originally planned. There was a secret Santa and Mini-M was given some awesome chocolate scented glittery playdough (plus the recipe to recreate it) and not only that but it came with mini cupcake cases and extra 'sprinkles'. I think her mind was well and truly blown by the wild animal sequins! Elephants mummy! And horses!
Thanks Santa! 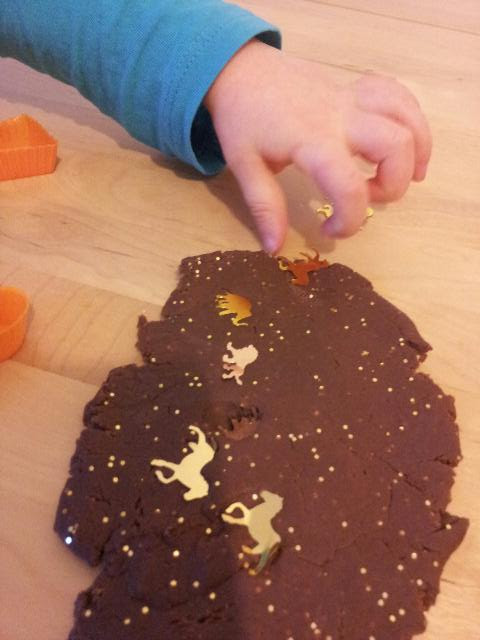