Well, it has been another busy week. But there's nothing new there! I think when folk ask how life is, I should stop saying hectic, because that implies some sort of abnormality to the business, like it is usually quiet and organised and peaceful. It is pretty much never any of those things - but it is fun!

I have to confess that not only am I posting late, yet again, I forgot to take a picture yesterday. What with work, then leave straight from the office to drive down to Hawick, then a generous gin and orange poured by Mum. Personally, I'm blaming the gin!

But I have a spare from Thursday, so all is not lost...

Saturday 22nd October
Playing in puddles on the wasteland opposite Ocean Terminal... I have a feeling that this makes us seriously cheapskate parents! But I thoroughly recommend it to anyone in Edinburgh. 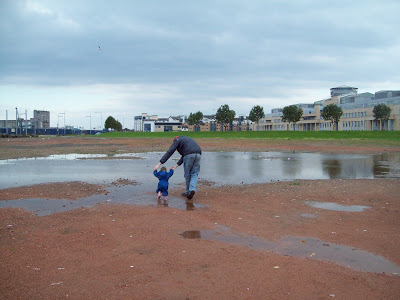 Sunday 23rd October
Mini-M got a toy cow from the vet stand at BBC Good Food Live at the SECC. This is what she did to it! 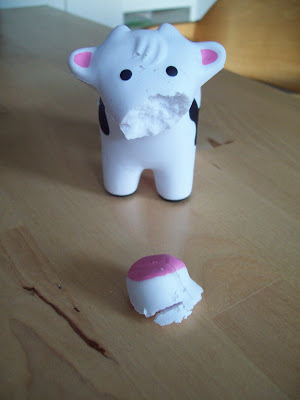 Monday 24th October
The No. 22 bus zooming past the end of our street at night. 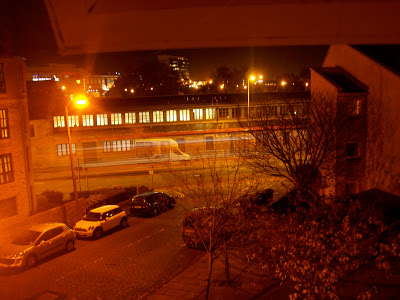 Tuesday 25th October
Mini-M's new mannerism - hand to face when something is funny or silly. Cute but messy immediately after blackcurrant jelly... didn't get a picture of the moment she took her hand away unfortunately! 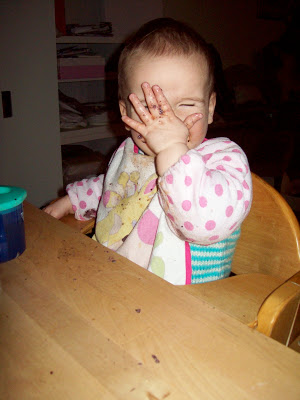 Wednesday 26th October
Cake in progress - for the Borders Exploration Group's 20th Anniversary celebrations. The world is REALLY wiggly when you try to ice it. Particularly northern Canada and South East Asia. I may have significantly altered continents.... 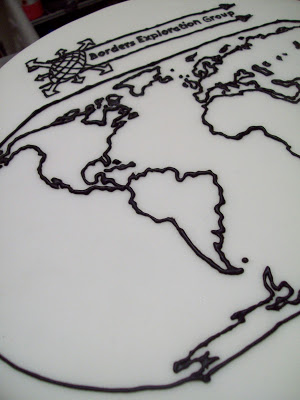 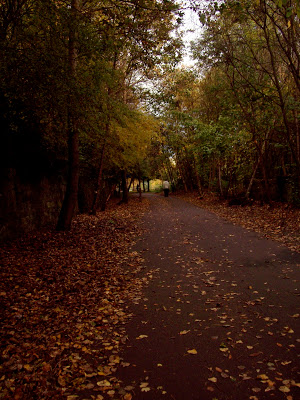 Friday 28th October
Me and Mini-M. Two smiles, and all of our eyes open - a success I think, even if we're not both actually looking at the camera... 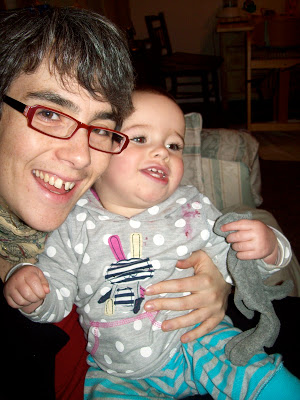