It's been a bit of a week of lurgy here, mainly for Mini-M who has been feeling very poorly, with a snotty nose, hacking cough, gunky eyes, temperatures, shivers - the works. She's been a very miserable little lady, but thankfully we seen to have turned a corner and she's on the mend, although still nowhere near 100%. Hopefully that's out winter dose of illness out of the way pre-Christmas!
My camera also died once and for all last Friday. My new one has in fact winged it's way from Germany already, thanks to Kodak and DHL, but as a result most of this week's photos were taken on phones, be it mine or Mr. E's.
So here they are...
Saturday 10th December
Today was Mr E's work Christmas do - which was monumental in that it was our first night away without Mini-M, since it was just outside St Andrews. Thankfully Mini-M, the babysitting grandparents, Mr E and myself all survived, and indeed enjoyed the weekend! This was my highlight though - my special dairy free dessert - layers of thin, light, crispy filo pastry layered with marinated strawberries, citrus marshmallows, and raspberry sherbert. It was absolutely delicious!

Sunday 11th December
Mini-M helping me unpack, as the lurgy began to kick in

Monday 12th December
The living room, 10 mins after a very discontented and agitated Mini-M got up from her nap 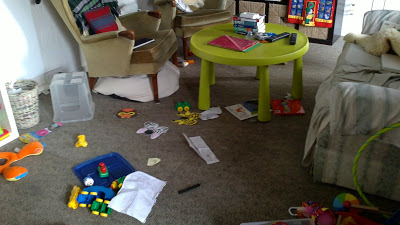 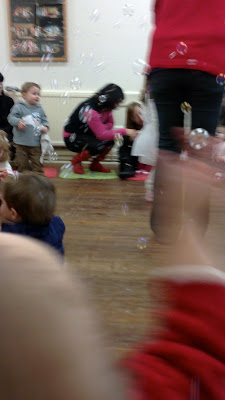 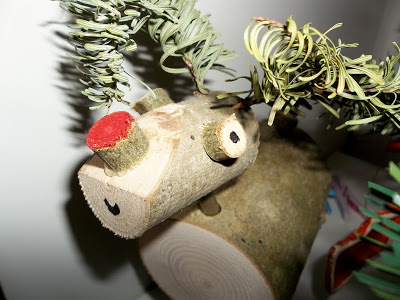 Thursday 15th December
Some moderately happy veg time on the sofa as an interlude from the coughing and crying :o( 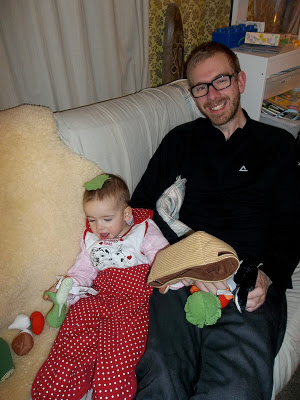 Friday 16th December
This isn't a photo, but I make no apologies for that! It is 25 seconds that brightened up my day. Mr E and Mini-M filmed me a little message, and it popped up in my inbox during lunch. I hope it makes you smile too, whoever you are, and wherever you're reading this.