Enough of the cakes - I thought it was time to post some making.
I had an old folding Ikea table in the spare room that had seen better days! Its top was covered in some green paint and quite a few big scratches, so I decided it could do with a bit of a revamp.
I've been fascinated for a wee while with paper - specifically magazines and books - the the scope for using in a million and one different ways! So I decided to go for a recycled paper themed table top, using a much read trashy novel (obviously not read by me tho'....;o) and an old copy of Glamour, some glue, a black sharpie pen and some electrical tape.
Here's what I started with: 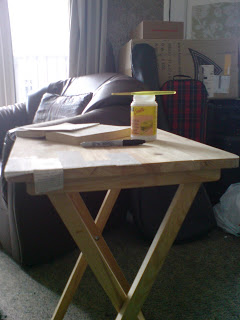 So here's a very out of focus photo of mid-sticking - but it's the only one I've got so it'll have to do: 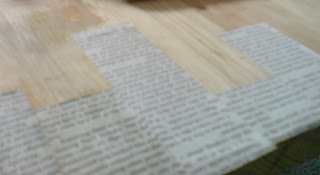 Once the paper strips were all stuck down, I sketched on some swirly patterns with the Sharpie, and then cut a bunch of butterflies out of pages of the magazine and scattered them over the tabletop. Several coats of PVA glue later, I edged it all with electrical tape, and voila! Definitely an improvement if I do say so myself. 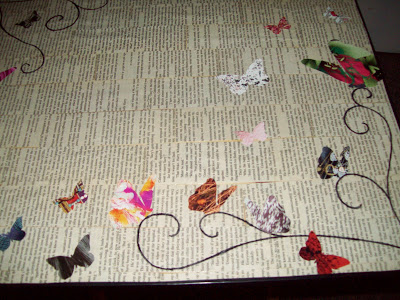 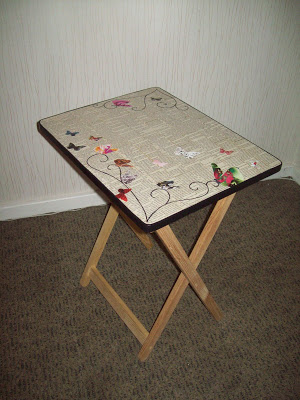 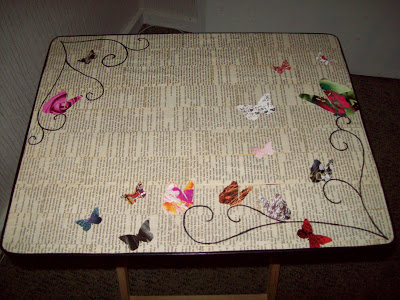