Back to the blogging and catching up on last night's Bake Off on iPlayer, since instead of watching it yesterday, I was in the pub discussing cake - more specifically planning a charity afternoon tea. 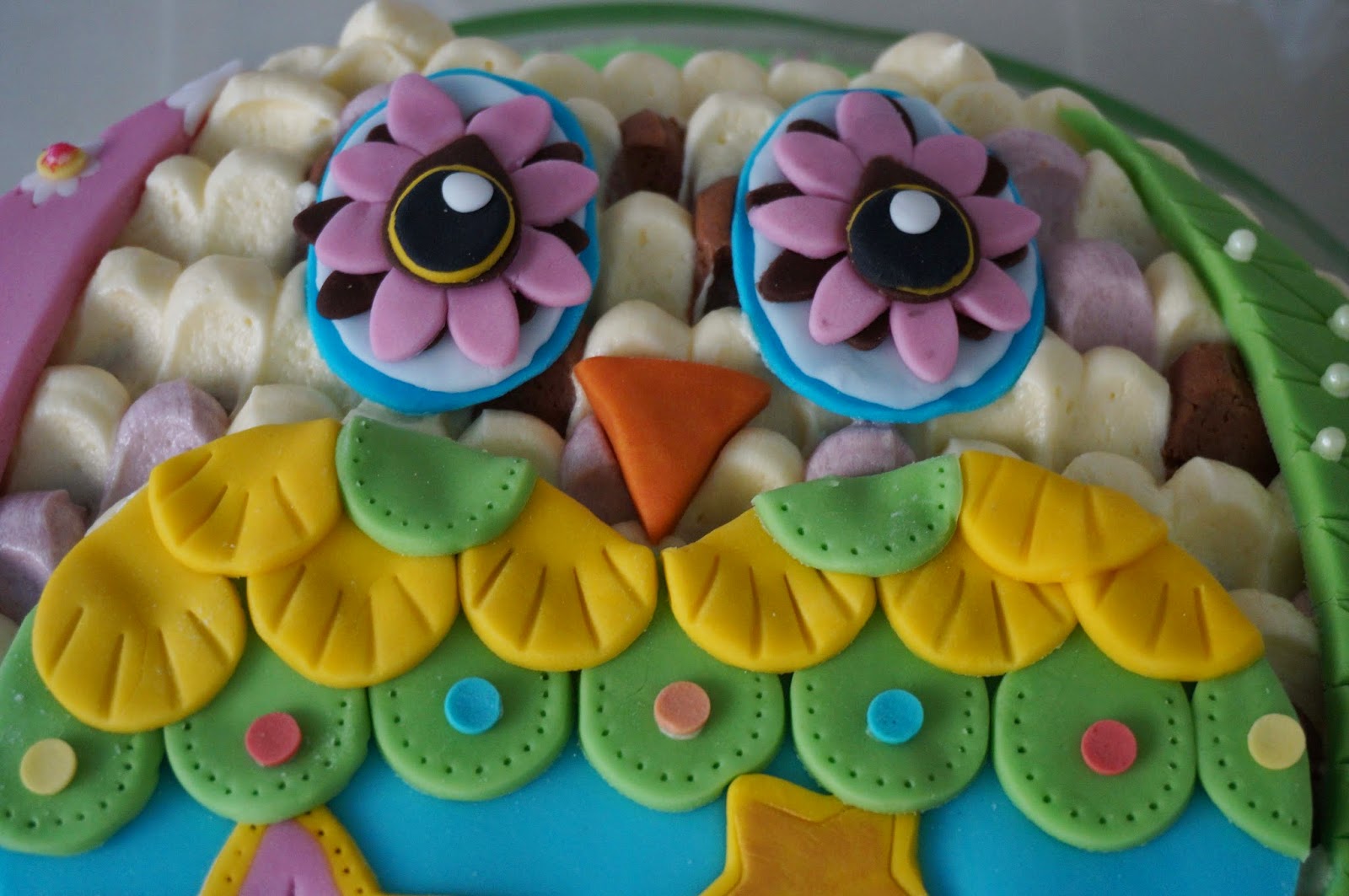 I knew it was ages since I'd last blogged, but… I'm ashamed to see it was actually the 27th July. We're in September new (somehow). 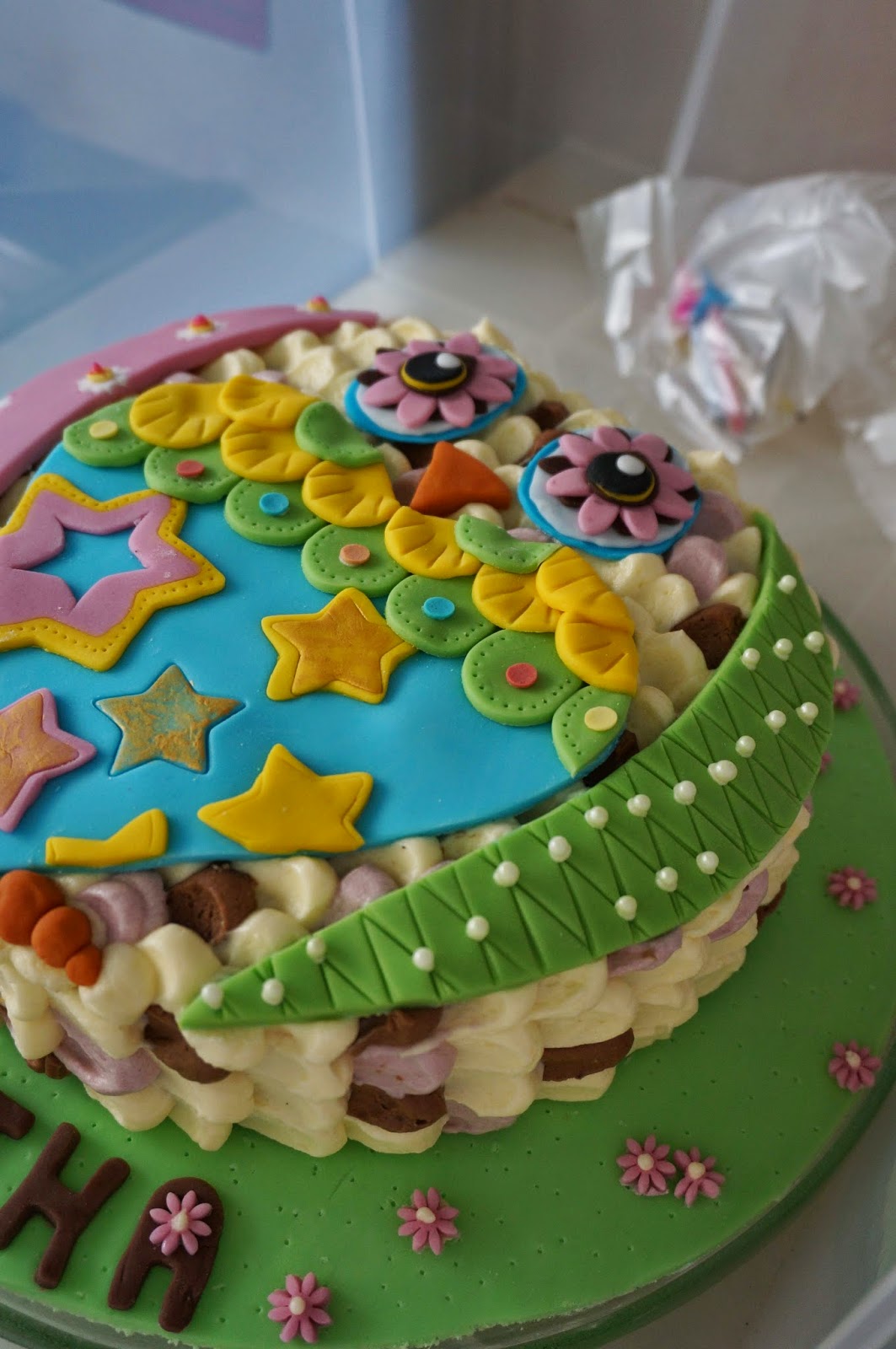 So I shall first make my excuses:
And then I shall get back to the baking. 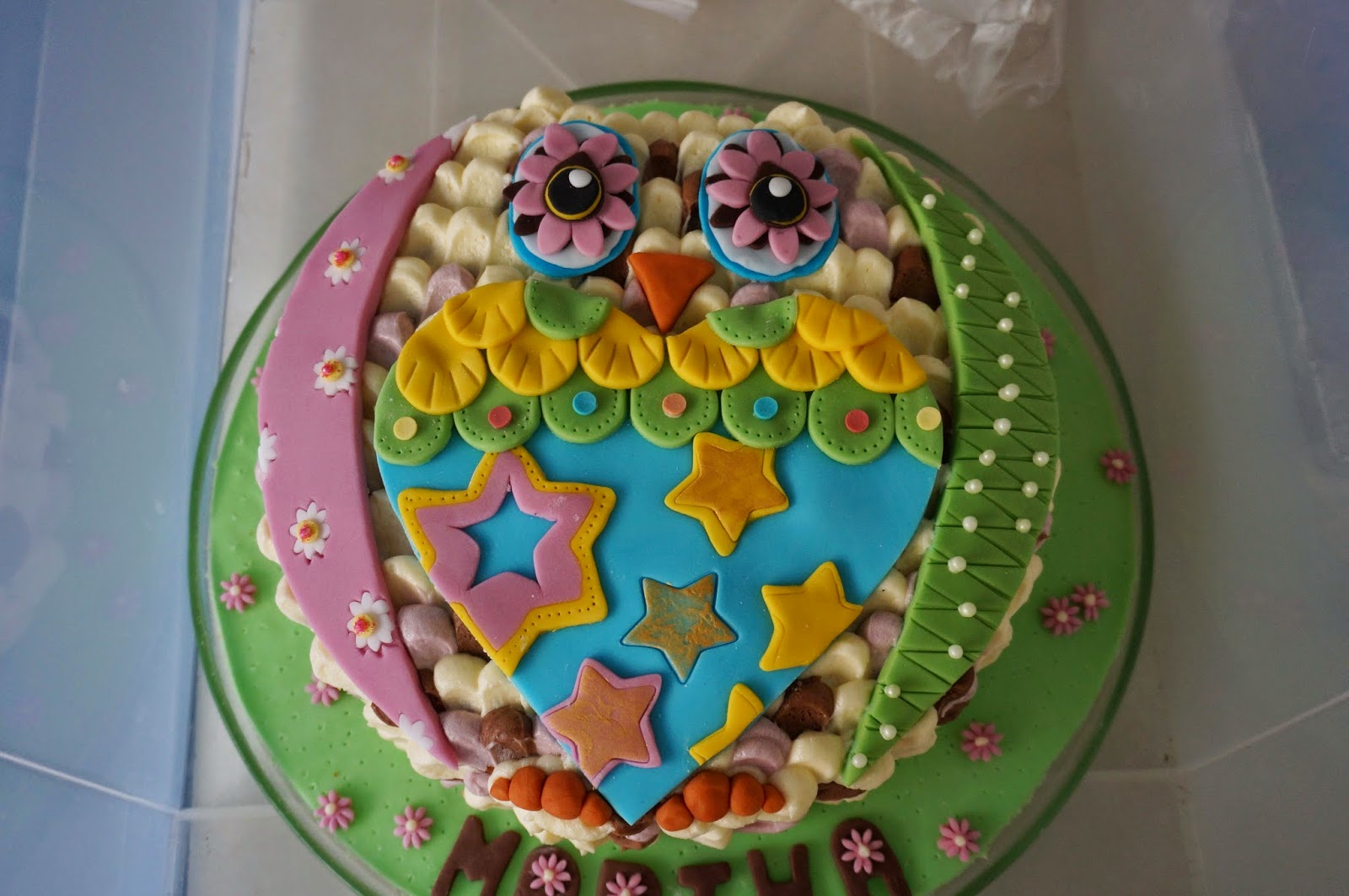 It was Mini-M's birthday back in July, and her cake request was thankfully not Hello-Kitty related (see previously Kitty Pirate Cake and Rainbow Kitty Cake). Nope, no Kitty.
This time, she asked for a patchwork owl cake (!). After a fair amount of interrogation to try to establish her expectations, I eventually resorted to Google Images for inspiration, and found the majority of them seemed to stem from this Stitch Craft Create tutorial.
However…. I didn't want to use that quantity of fondant, or really get into cake carving, so I went off freestyle on the patchwork owl front. 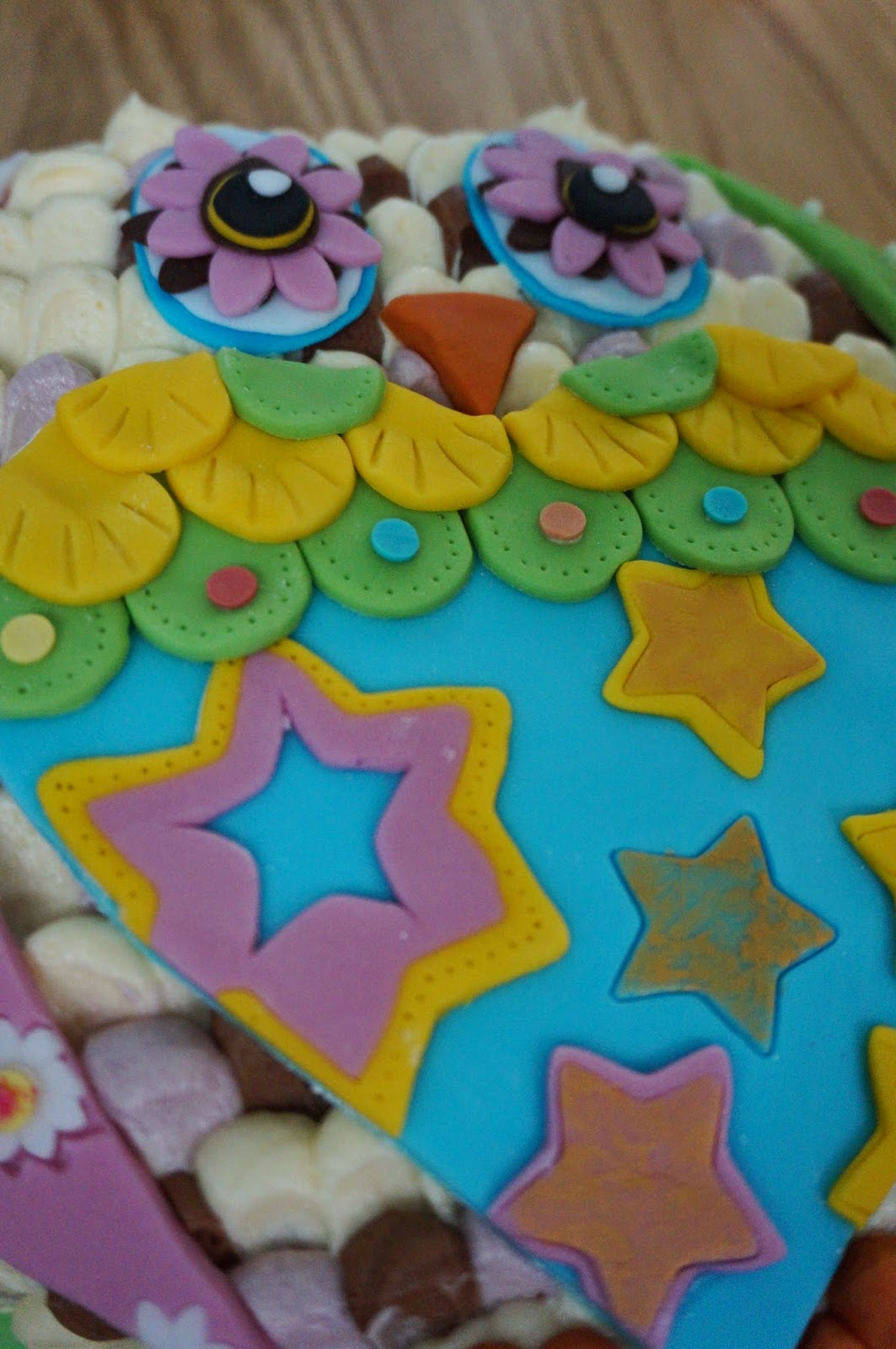 I used buttercream in 3 colours (vanilla, light cocoa, and vanilla tinted with a small amount of lilac) and piped feathers all over the cake by piping a row of splodges and flattening them with a pallet knife, then putting the next row in front and repeating. I didn't use a nozzle on my piping bags since the shape was immediately going to be flattened. 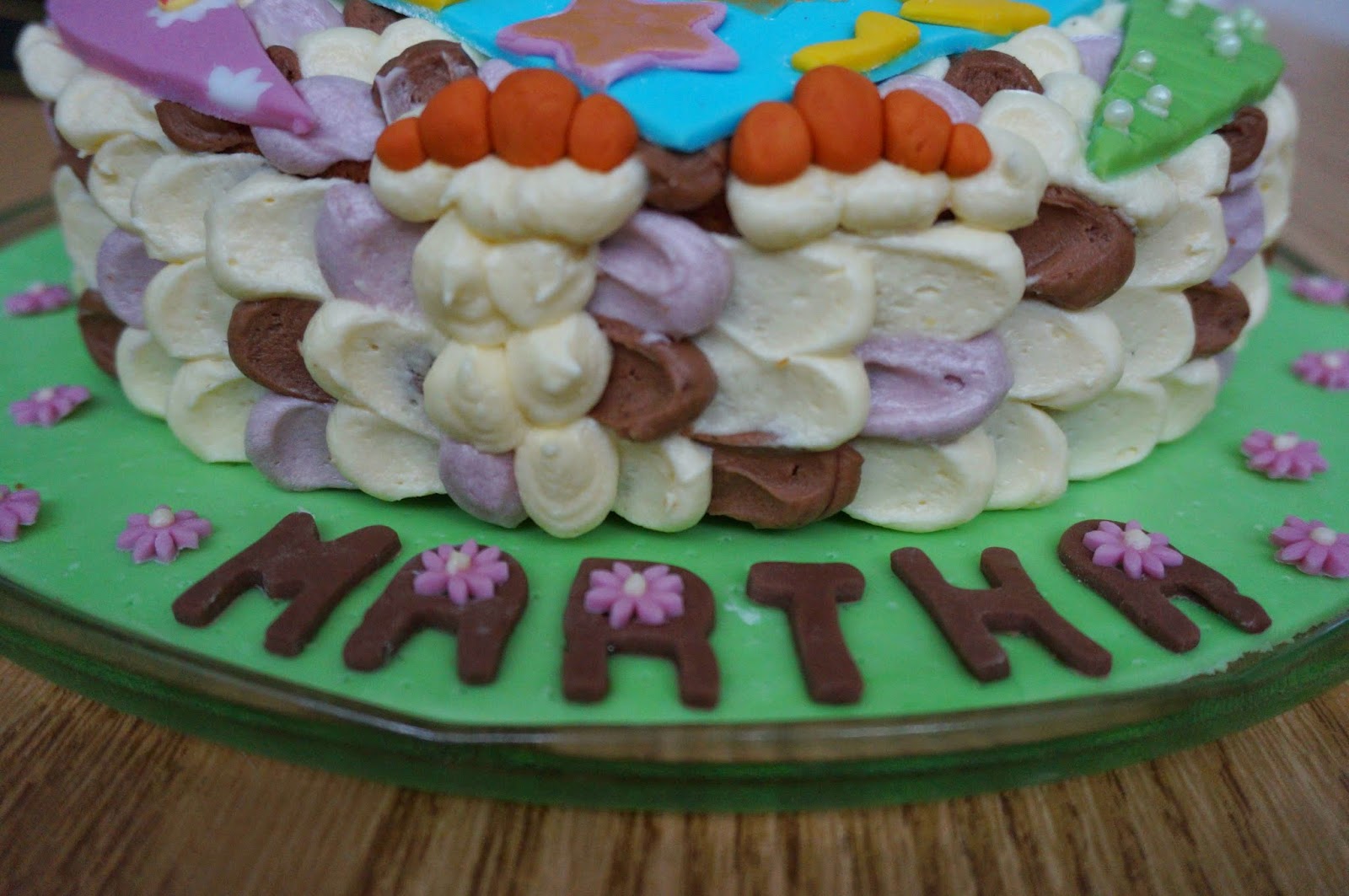 I then used small amounts of fondant to make the features which I positioned on the top. 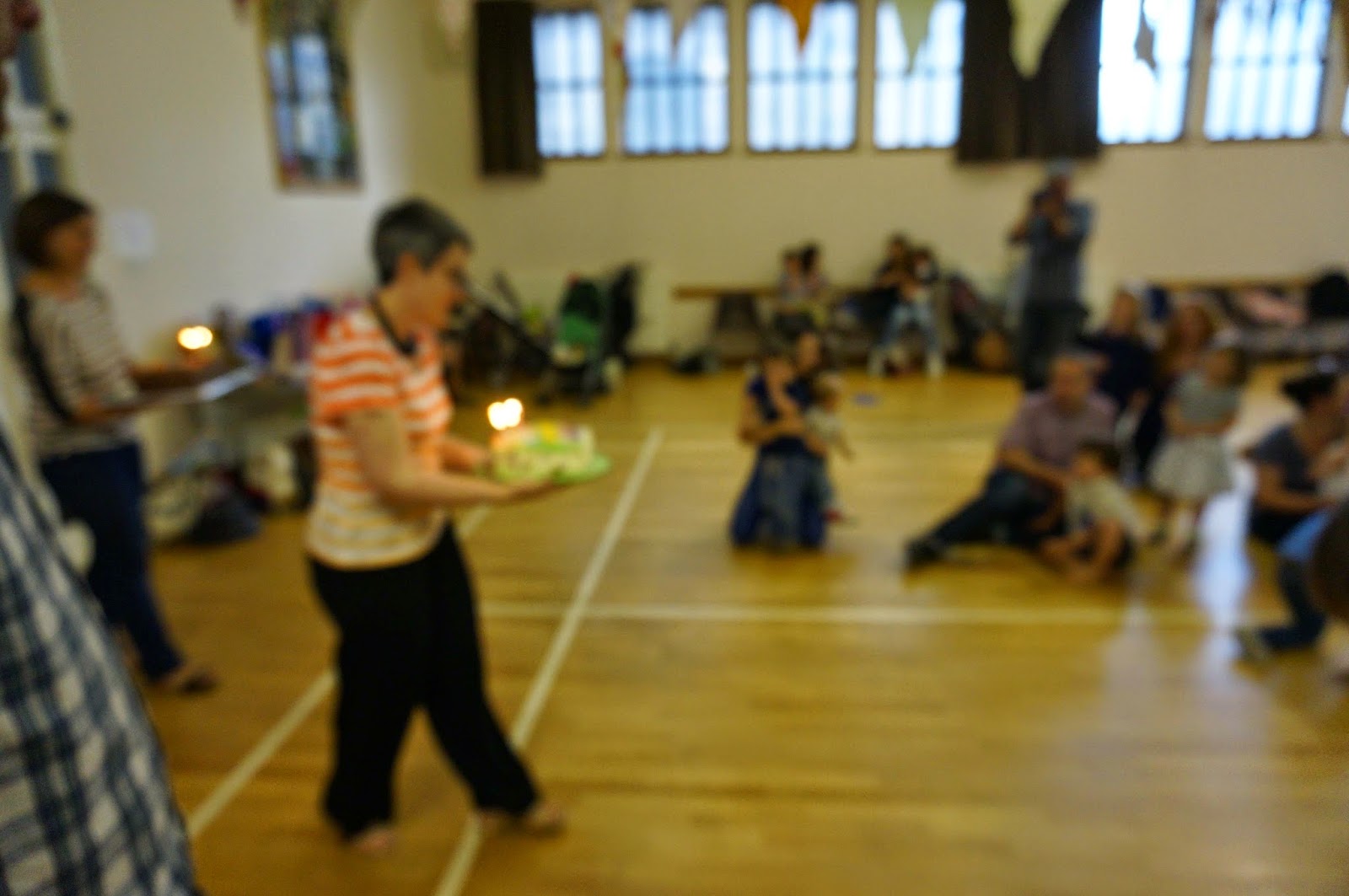 It seems like a dim and distant past, but I seem to recollect that the cake inside was a banana cake, at Mini-M's request. I didn't want it to be too damp, so I went for a regular 6 egg Victoria sponge, and substituted out 1 one of the eggs for a medium very ripe banana, very well mashed. And I definitely added some almond extract to the icing, since I made it with dairy free margarine, which tastes, well quite a lot like margarine, even when bucket loads of icing sugar are added.
So no recipe, no how to, but a cake that I really enjoyed making and was very pleased how it turned out. And plenty of pictures! 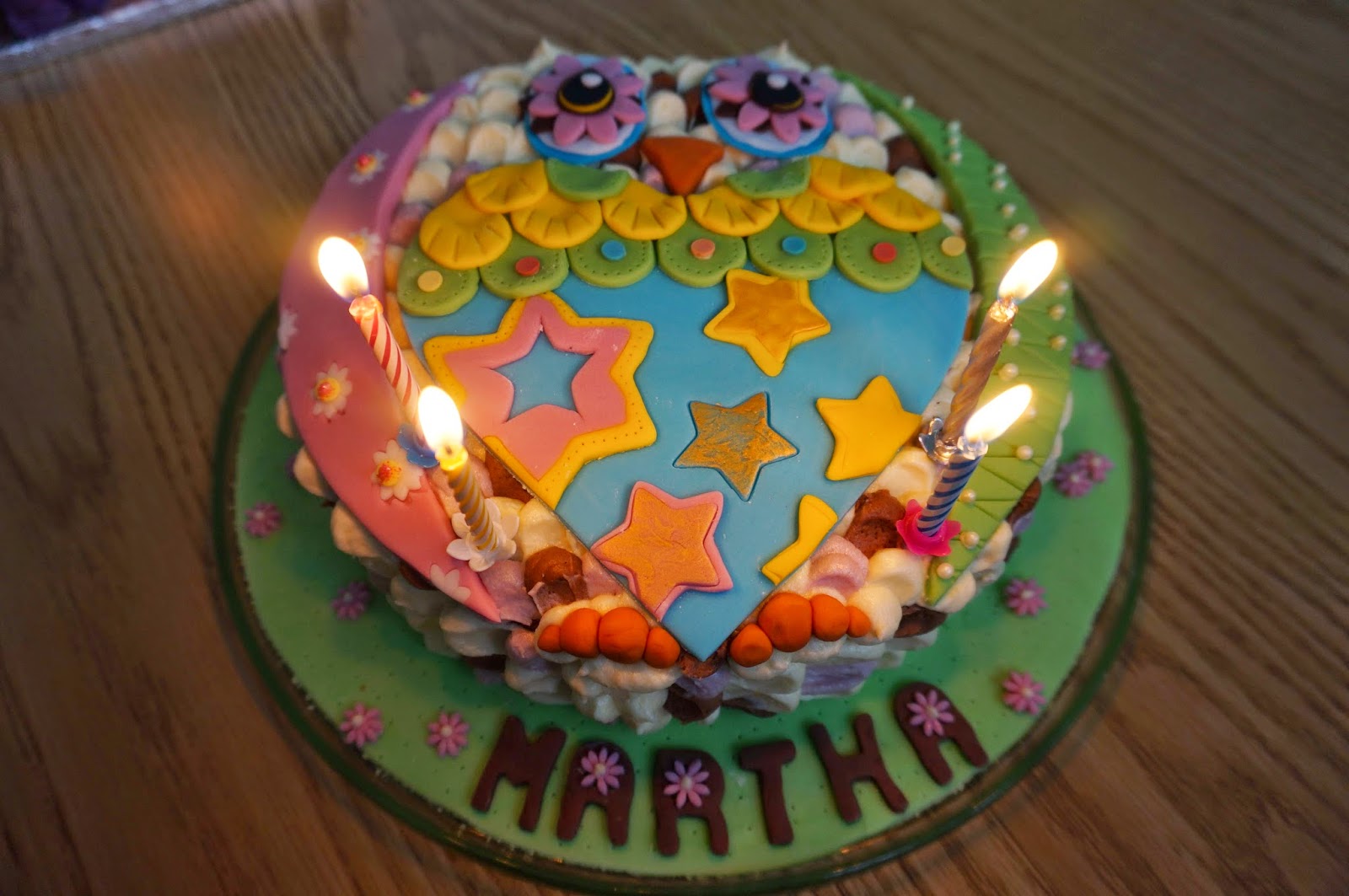 Bring on next year…