The April 2011 Daring Bakers’ challenge was hosted by Evelyne of the blog Cheap Ethnic Eatz. Evelyne chose to challenge everyone to make a maple mousse in an edible container. Prizes are being awarded to the most creative edible container and filling, so vote on your favorite from April 27th to May 27th at http://thedaringkitchen.com!

Well this month's daring bakers' challenge was a bit of an epic fail. Specifically and epic double gelatine fail! That's what I get for using a packed of gelatine that has been festering at the back of my cupboard for a while.

The maple mousse went weirdly textured, and made maple gelatine 'couscous' which was so disgusting that we couldn't bring ourselves to eat it, and that is saying something - it's a rare occasion food in our house goes in the bin. 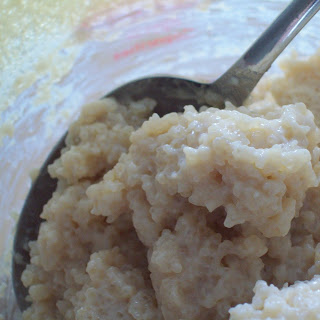 Then my edible container, which was supposed to be spiced apple jelly thickened rather than setting, so when I tried to unmould it, it was most definitely not bowl-like. 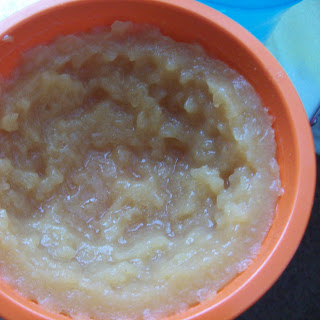 So in the end, I made some freestyle almond, pecan and date tartlet cases which were an unexpectedly delicious success. I filled them with the failed apple jelly - so this month's challenge ultimately ended up being and edible container fail, in an edible container, drizzled with maple syrup, and with no mousse in sight. Still delicious tho :o) 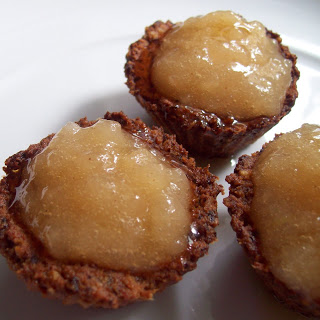