I've now made 'Hungry Caterpillar Food' twice for Mini-M. I'm trying not to do it too often, since it is a bit of a faff. She loves it, but I don't want it to be oft-requested, rather a trump card I can pull out when  day is going badly to try to ensure that a grumpy, tired toddler eats at least something! 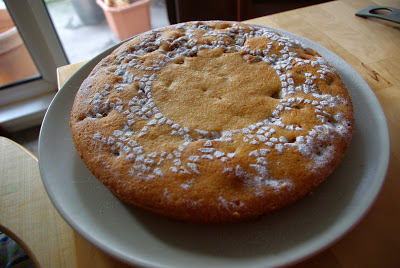 Mini-M is a Hungry Caterpillar Fan. She can tell the story herself and her comforter is an outgrown babygrow with the VHC himself (is he a boy, I have no idea, but it doesn't seem to be an overtly feminine caterpillar!) on the tummy.

Hungry caterpillar food is EASY. Make it, and impress the small person in your life!

The only equipment you need is a straw, and you can apply the technique to any foods you like, provided they are soft enough to jab a straw into. The carrot I used was lightly cooked, but still fairly crunchy - Poundland straws are clearly made of sturdy stuff! 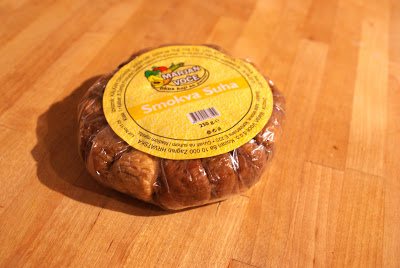 Basically, take food, cut it into smallish pieces, jab a straw through it to make the caterpillar holes. Done!

Mini-M graciously shared her lunch with me, by giving me all of the 'hole' pieces, which I'd left on the plate in the hope that she'd eat them too. Apparently Hungry Caterpillars don't eat the holes. I didn't start trying to explain that actually, the holes were the only bit the real Hungry Caterpillar did eat, in case she decided to follow suit!