Yes, before anyone points it out to me, I know that my birthday was in July. We are now in November. That means I'm pretty much four whole months late in posting this. Oops. I put off doing it, because it required some photo stitching, however since I did it tonight, and it took about one and a half minutes, I don't think that's really valid excuse: yes, life is busy, but not so busy that I don't have a spare 90 seconds most days!

But as I repeatedly say - better late than never!

Well, back in July, I turned 30. And despite feeling a fair amount of doom and gloom in the run up to it, the day itself was fun. The weather was shocking - we went to the beach anyway, and dug some really rainy sandcastles! Mini-M still didn't want to have her rain coat on, or hood up. And wanted to take her shoes off. We compromised with the hood but held firm with the other two!

For my 30th Mr E got me the most fantastic present, and I was completely clueless. It involved subterfuge trips out to most of the supermarkets in Edinburgh, not to mention a couple of health food shops, and Harvey Nicks food hall! But the end result was a big plastic crate filled with 30 fantastic ingredients.

It was a mixture of sweet, savoury, unusual, quirky, extravagant, useful - a perfect box of culinary inspiration. So I decided I would have to make something lovely using each ingredient. Then promptly at the sweeties, drank the  juice etc etc. But I will re-purchase those that met that fate, so that they won't be excluded!

I've used a few so far (unsurprisingly, since 1/3 of a year has passed, and I cook fairly frequently!): 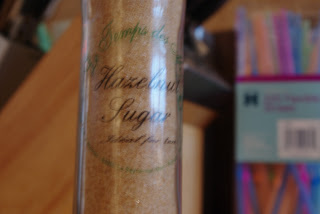 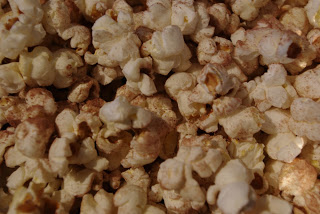 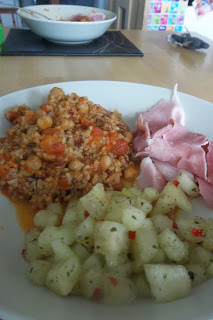 Candy Nerds: - combined with some Haribo and Pate de Fruits and baked into cookie sweetie slice 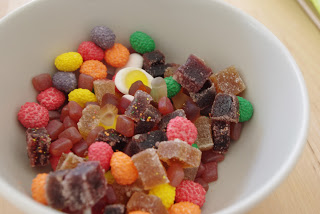 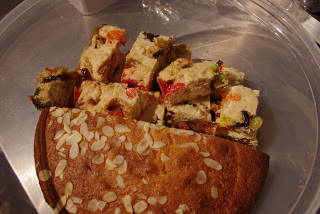 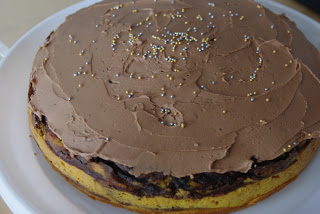 There are also a few ingredients that I have used (but not used up) and forgotten to take photos, so will have to wait for their next outing!