It's been a sunshiney week this week, hectic but lots of fun. We seem to have survived Mini-M's immunisation boosters relatively unscathed, and of course, spent last weekend celebrating her 1st birthday. So all in all, a rather lovely week.
Saturday 23rd July
My birthday! And it would appear that I didn't take any pictures at all today - eep! Stealing this one from Friday 22nd - we were lucky to have some lovely friends babysit and we went out for dinner, to reminisce on the past year, and congratulate ourselves for surviving it relatively unscathed. Definitely better than last year's birthday, spent still in hospital after Mini-M was discharged to go home, and I wasn't (she stayed too out of solidarity)! This pic was taken at the Shore in Leith, where we found a handy wall to self-timer on. 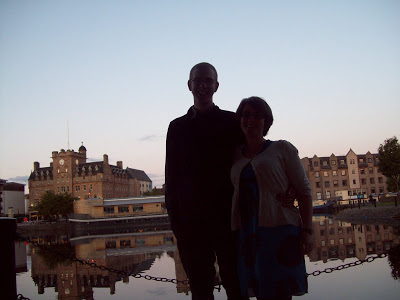 Sunday 24th July
Mini-M's 1st birthday party, shared with family and friends at Beanscene in Hawick. This was whilst we were singing happy birthday and Mini-M was doing some extreme arm waving. 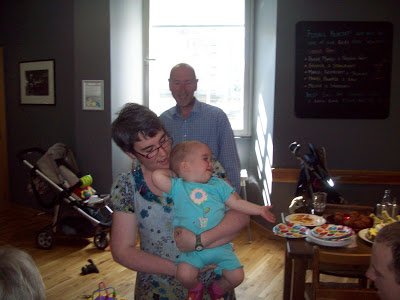 Monday 25th July
Biscuits basking the sunshine! These were made to use up the left over mixture from the giraffe biscuits that went on Mini-M's birthday cake. 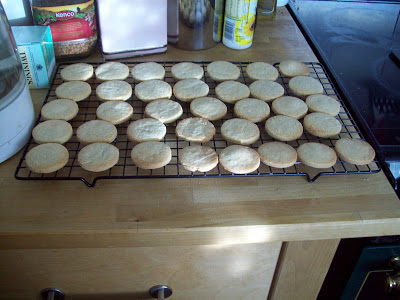 Tuesday 26th July
Baby tigger making a break for it... 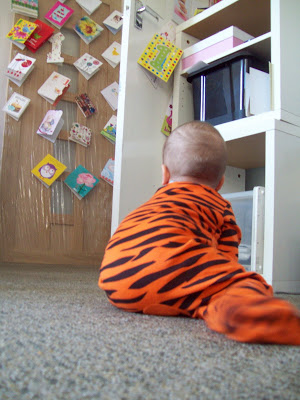 Wednesday 27th July
Possibly the worst photo in the world! But the only one I took today so it will have to do :o(. This is actually of some very lovely and tasty raising and chocolate chip tablet. But a) the blue cling wrap, and b) taking it in awful lighting at 11pm on my phone have somehow made it look like a cake tin of something vile. Sorry! 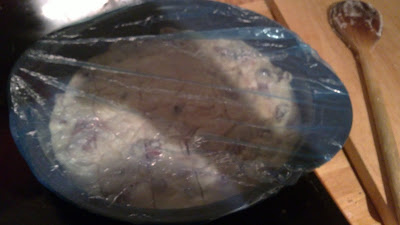 Thursday 28th July
Rowan trees bent over with berries. Taken next to Powderhall bowling green. It's a good job that this picture isn't scented, since it was taken next to the railway waste loading depot, which smelled particularly nasty in the warm weather this week. 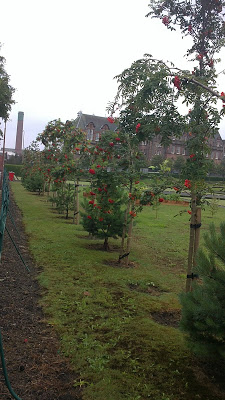 Friday 29th July
Mini-M wearing crisps in her hair, all over her face babygrow, and smushing noodles into the table. Activities which necessitated bath no.2 of the evening shortly after! 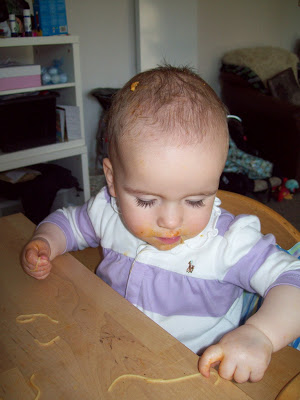