Well today has been an epic blogging day - this is post number 3, plus one last night!
And it's also my second last daily photo post - I can't believe I've actually managed the whole year, pretty much without cheating. A subject of recent debate has been whether or not I continue it on into 2012. It's been a lot of work, but also a huge satisfaction. I think I want a wee break of carrying my camera everywhere, however.... Rumour has it that Mr E may be taking up the daily photo baton. Now we just need to figure out the logistics of where and how the photos will go - but rest assured, they will still contain plenty of Mini-M!

Right - on to this week's pictures.

Saturday 17th December
Today was the Mummy School Christmas party. Mini-M was poorly, but made it along for 15 mins at the end during which time this ambitious picture was staged! 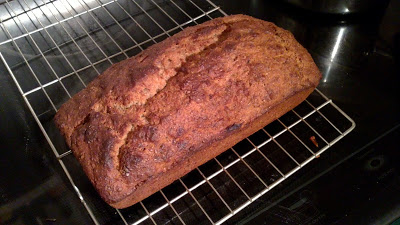 Sunday 18th December
An afternoon visit to the National Museum of Scotland to allow Mini-M some indoor adventuring, as she was starting to perk up. Perhaps she's a geographer at heart, getting up close with the volcano display! 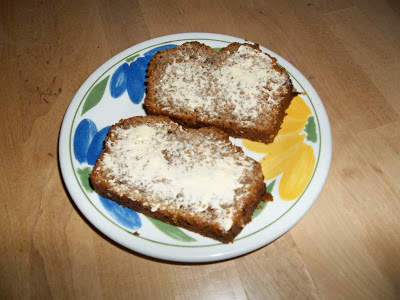 Monday 19th December
Hmmm - a picture taken out of our bedroom window at 11:57pm - oops! Guess who forgot to photograph anything interesting during the day... 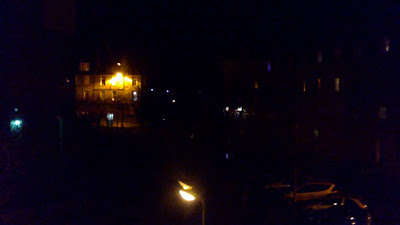 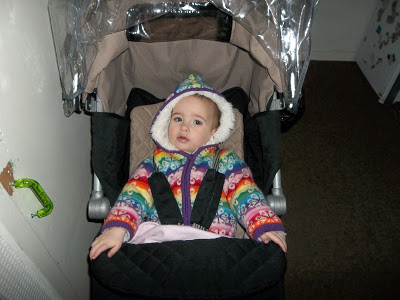 Wednesday 21st December
Clearly 'The Wheels on the Bus' has branched out since I was a kid! 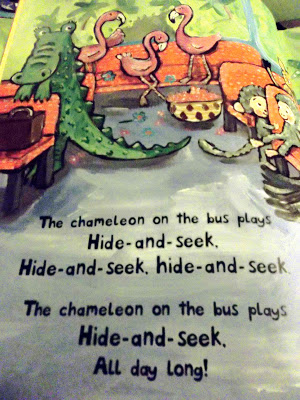 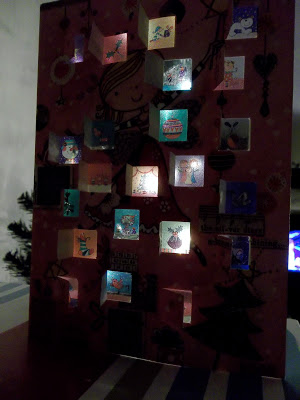 Friday 23rd December
The best way to eat peanut butter on toast is with one piece in each hand! 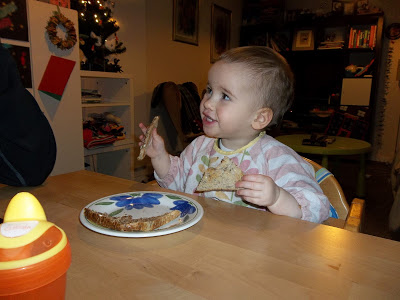