A year or so ago, we put up some patterned wall paper on one wall in our living room. Whilst choosing the paper, we ended up with a bunch of samples, and after we had made our decision, I liked the samples too much to throw them away, so I did what I always do - stashed them away in the spare room, where they have languished for months on end.

But finally, I got round to doing something with them. I decided to make some animal silhouettes as a kind of hybrid baby/grown-up decorative feature: hopefully they will pique Mini-M's curiosity in a vaguely colour co-ordinated and tasteful way! 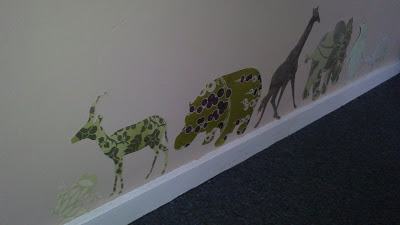 First of all I printed out some animal silhouettes that I downloaded from fun-with-pictures.com. I then lightly glued them with a few tiny dabs of paper glue onto the wallpaper samples, cut around them with scissors, and peeled the prints off again.

Currently they are just blu-tacked on the wall along the skirting, but the plan is to paste them on - which will look remarkably similar to the blu-tacked version - so you can just imagine that they already are!!!!

Here are a few close-ups of the animals before I stuck them to the wall... 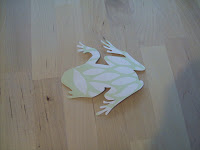 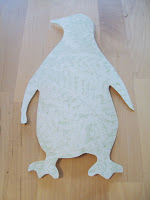 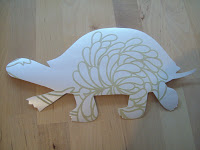 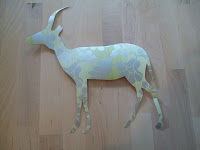 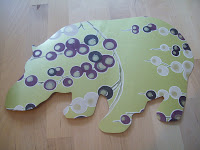 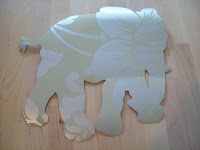 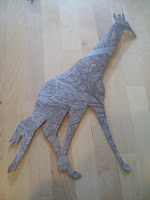